When Avengers Campus opens at the Disneyland Resort at a future top secret date, you will see a very familiar face inside the Worldwide Engineering Brigade – or WEB as the kids call it.  Tom Holland reprises his role as Peter Parker for WEB SLINGERS: A Spider-Man Adventure. 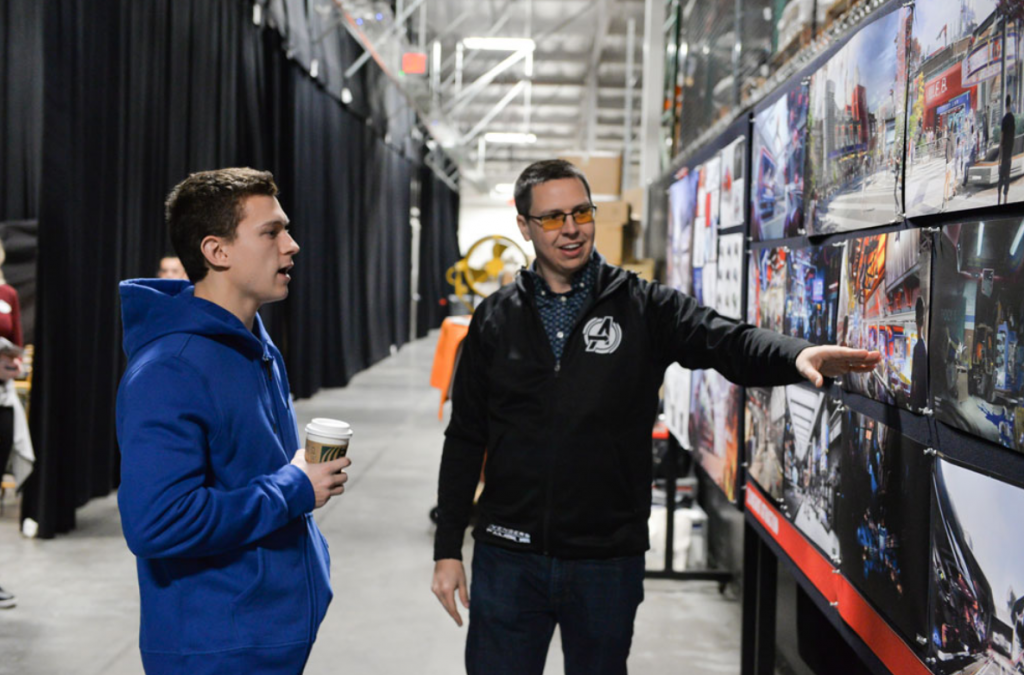 Tom shared more details about his role in the attraction and his excitement for working with Walt Disney Imagineering on this new adventure.  Check out this first look below!

In the WEB workshop, young engineers specialize in developing innovative technologies to equip and empower a new generation of Super Heroes.  This workshop showcases the inventions of Peter Parker and the rest of the WEB Tech team, including their adorable Spider-Bots, which are designed to be robotic sidekicks capable of building anything a Super Hero might need.  When Peter’s demonstration goes awry, the Spider-Bots are stuck in a replication loop, creating even more Spider-Bots! 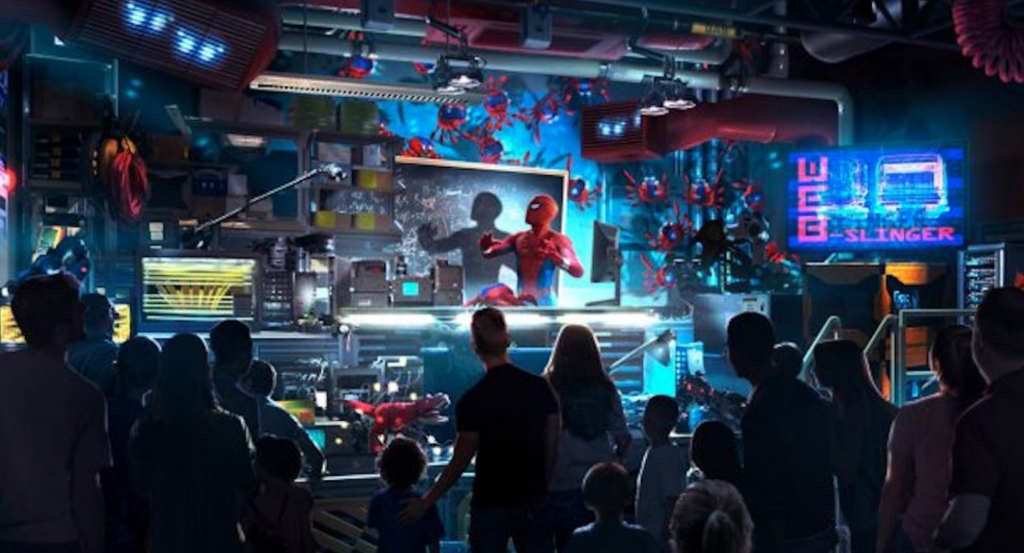 Donning 3D glasses, your mission will be to test-drive the aspiring inventor’s latest invention, the WEB Slinger vehicle, and discover your web-slinging super powers!  Through specially designed, innovative technology that recognizes body movements and gestures, you will reach out your hands and sling webs from your wrists, just like Spider-Man.  As the WEB Slinger vehicles progress, they will virtually pass through several other Campus addresses, including Pym Test Kitchen, Avengers Headquarters and the Collector’s Fortress, also home to Guardians of the Galaxy – Mission: BREAKOUT!  As the mission continues, Spider-Bots will become harder and harder to beat as they continue to multiply.

WEB SLINGERS: A Spider-Man Adventure is just one of the many addresses found inside Avengers Campus, an entirely new land dedicated to discovering, recruiting and training the next generation of heroes at Disney California Adventure park. 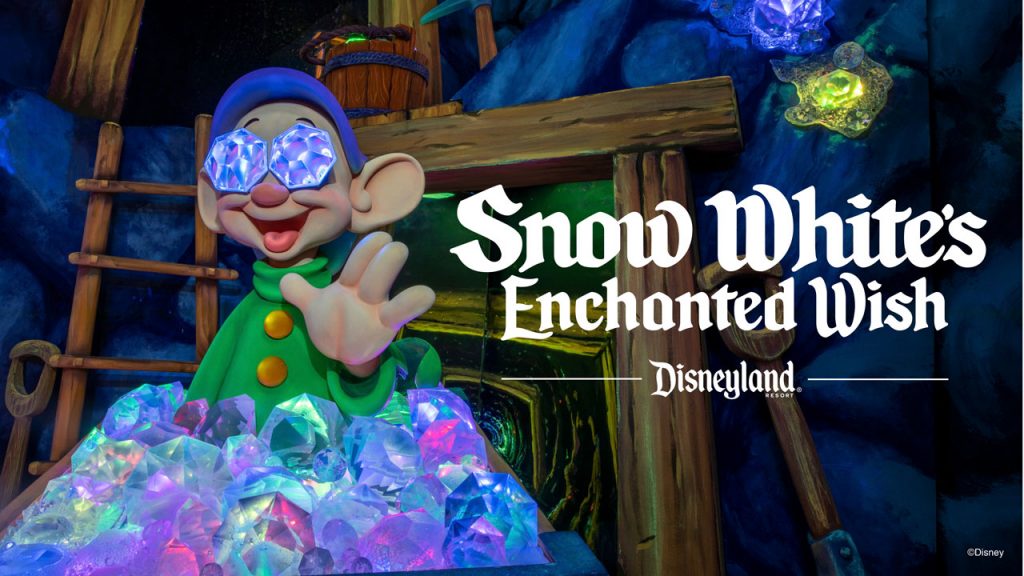 Heigh-ho, heigh-ho, it’s off to Disneyland we go!   Today we are so very pleased to share that Disneyland Park’s only ride-through princess attraction has been reimagined as Snow White’s Enchanted Wish!

While Disneyland park has been closed, Walt Disney Imagineering has been putting the finishing touches on this cherished attraction, which will be ready to welcome Guests when the California theme parks reopen at a later date.  Take a look at the sneak peek below!

Imagineers have updated this classic Fantasyland attraction with new magic inside and out.  Using state-of-the-art audio and visual technology, including new music, LED black lighting, laser projections and a new animation system, the attraction brings to life Snow White’s “happily ever after.”

Delight in new appearances of beloved characters, including Snow White cheerfully dancing and twirling with the Seven Dwarfs in their cozy cottage.  You may even notice the scent of Doc’s handiwork – a baking apple pie ­– wafting through the air. 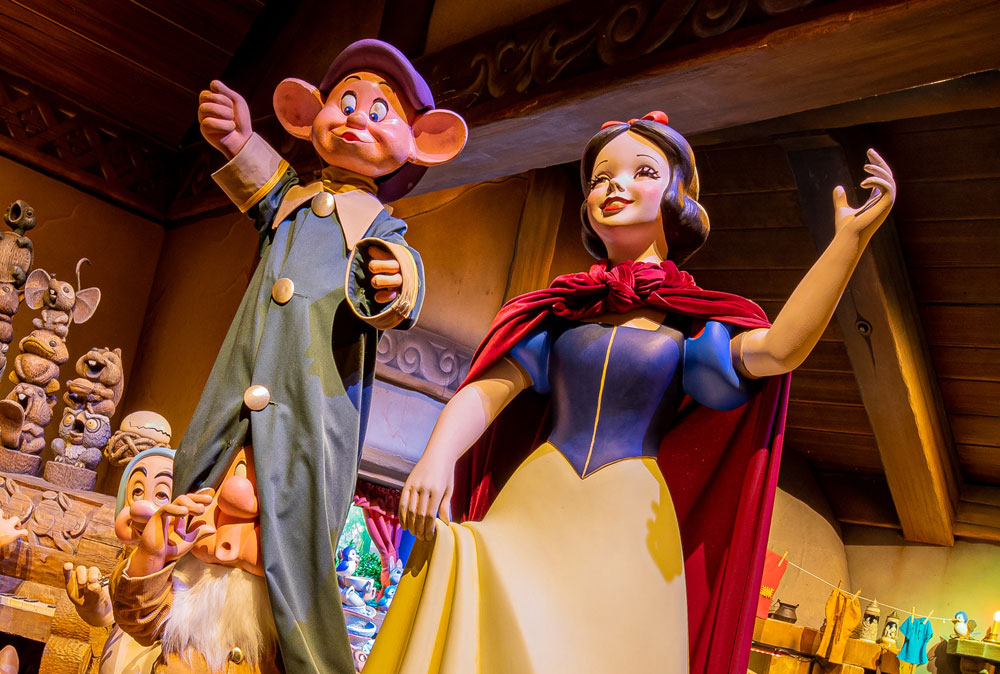 Vibrant new shadow projections bring to life the dwarfs as they march happily off to work in the mine singing “Heigh-Ho.”  The most dazzling scene is the mine, which sparkles with shimmering lighting effects and glittering jewels all around. 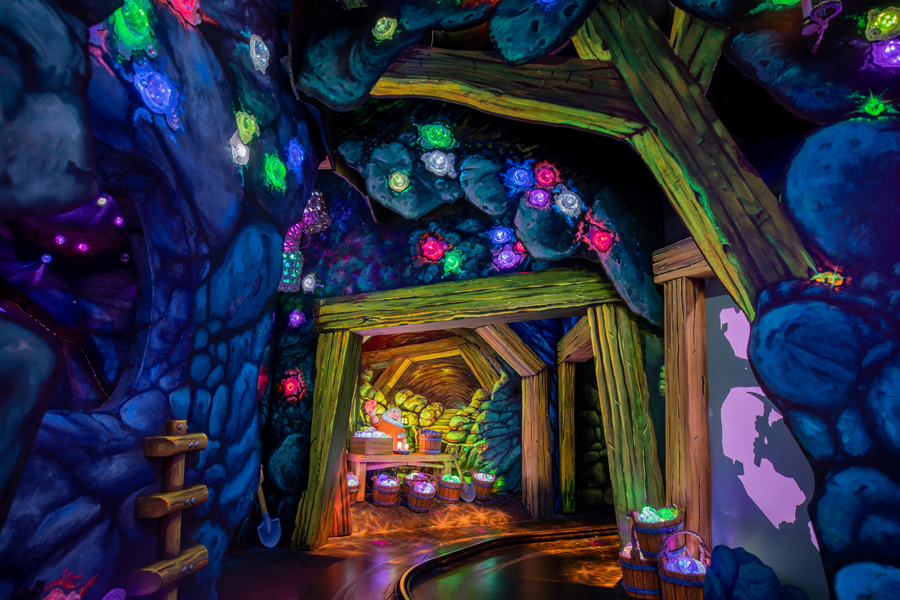 There are more surprises to discover when you experience the magic of this timeless fairytale, and Snow White’s enchanted wish coming true at last!  The Disneyland Resort in California is where imagination is the destination.  For young and old, big and small, it is The Happiest Place on Earth.

Spider-Bots Coming to The Disneyland Resort

While Avengers Campus at the Disneyland Resort will open to aspiring Super Heroes at a future top-secret date, Peter Parker has already begun testing his latest prototype: Spider-Bots!

Every Super Hero needs a friendly sidekick to help protect their neighborhood.  These Spider-Bots put you in control of the action to battle opponents with programmed combat and defensive abilities. They can crawl backward and forward, crouch, spin 360°, stare down with their laser eyes, attack opponent Spider-Bots and even blast off their shields.

While the Disneyland theme parks in California remain closed at this time, Spider-Bots will be available at Downtown Disney beginning December 4th.

END_OF_DOCUMENT_TOKEN_TO_BE_REPLACED 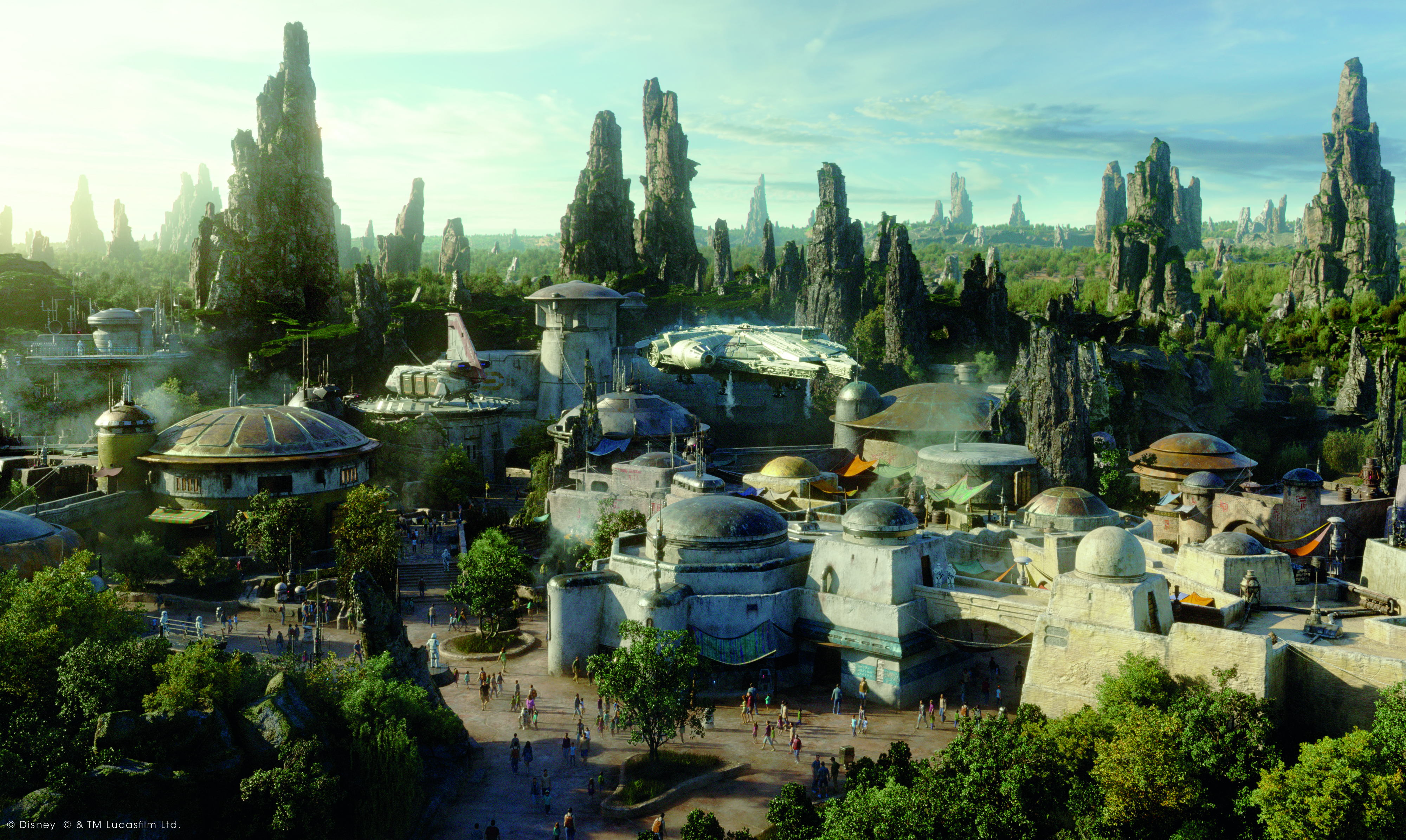