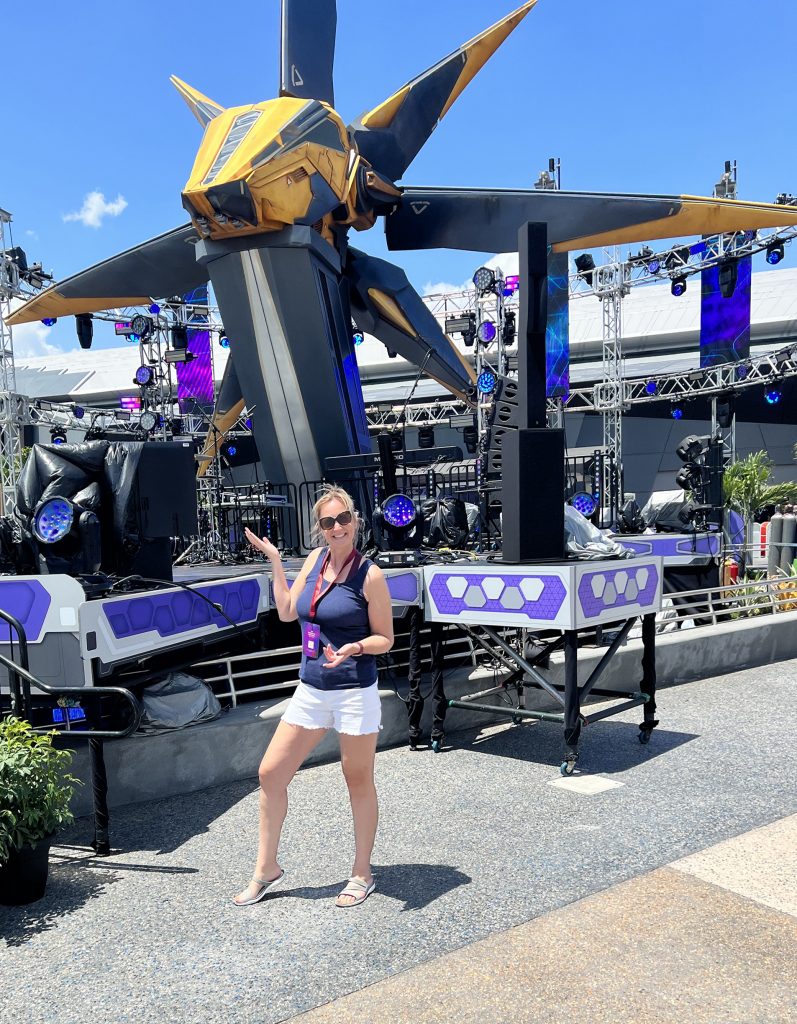 There are three fandoms that are without a doubt an obsession of mine: Buffy the Vampire Slayer, Doctor Who and the Marvel Cinematic Universe.  I credit Disney for the latter obsession, simply because I never collected comic books as a child.  No. My complete fixation with everything Marvel began at the movie theatre with a little movie called The Avengers.

Disney acquired Marvel Entertainment back in 2009 for a whopping four billion.  But while they purchased the rights to over 5,000 comic book characters from the Marvel Universe, there were some very well-known characters whose rights were owned by other film studios.  Sony had the rights to Spider-Man, Fox held the rights to both X-Men and the Fantastic Four, and I would need a PhD to understand how it works when it comes to the rights of the representation of these same Marvel characters in theme parks.

So, what could Disney do when some of the biggest hitters aren’t allowed to play in their sandbox?  They did what they have always done best.  Disney marketed.  They opened the very big book of those 5,000 characters and pulled out; Ant-Man, Doctor Strange, Black Panther and many other unknown superheroes from the Marvel universe and turned them all into household names.

13 years later, Marvel is one of the biggest names in film.  And now we have a whole slew of new Comic Book characters who children want to dress up as for Halloween, whose action figures are on every toy shelf at Christmas, and whose identities can be brought to Disney’s world renown theme parks.  Specifically, the big one – in Florida. 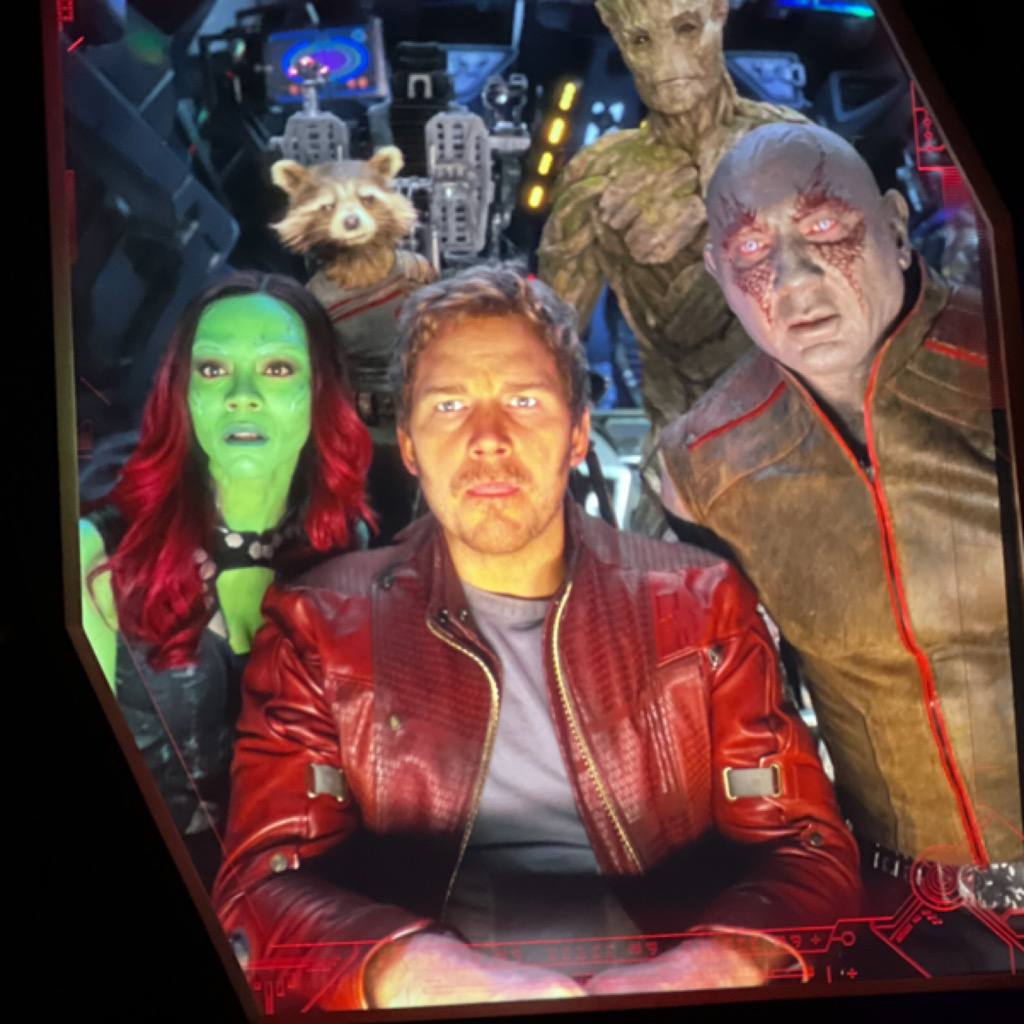 Enter…Guardians of the Galaxy: Cosmic Rewind.

Last week I was invited to a preview of this brand new attraction coming to EPCOT.  I’m not going to lie; my expectations were set VERY high for it.  Reason being that I’m not at all a fan of the Star Wars franchise, but I am completely blown away with the Star Wars: Rise of the Resistance attraction at Disney’s Hollywood Studios.  It is the most technologically advanced attraction in existence today. It’s attention to detail, seamlessness of moving from scene to scene, and how believable the battle between the Resistance and First Order felt, makes it by far the most complex and immersive attraction I’ve ever experienced.  Which means I know exactly what Disney is capable of.   So, my expectation bar was set sky high for Guardians of the Galaxy: Cosmic Rewind.  I’m so happy to share that Disney met my crazy high expectations and then some.

Cosmic Rewind replaced Universe of Energy (yawn) in the new World Discovery section of Epcot.  The building that houses Guardians is 140 feet tall and is rumoured to hold four Spaceship Earths inside.  It’s an indoor roller coaster, featuring rotating cars, a backwards launch, and because: Peter Quill (a.k.a. Star-Lord), some pretty awesome music.

Your adventure begins in the Galaxarium, a planetarium-like exhibition that explores the similarities and mysteries of the formation of Earth’s galaxy and Xandar, a planet from the Guardians of the Galaxy films.  Xandarians have come to Earth and are building their new EPCOT pavilion.  The known humour from the Guardians of the Galaxy movies is alive and well here.  Star-Lord expresses excitement about returning to EPCOT and enjoying Horizons and hearing the veggie, veggie, fruit, fruit song.   Which would make sense to Peter, given that he hasn’t been on earth since the 1980s. 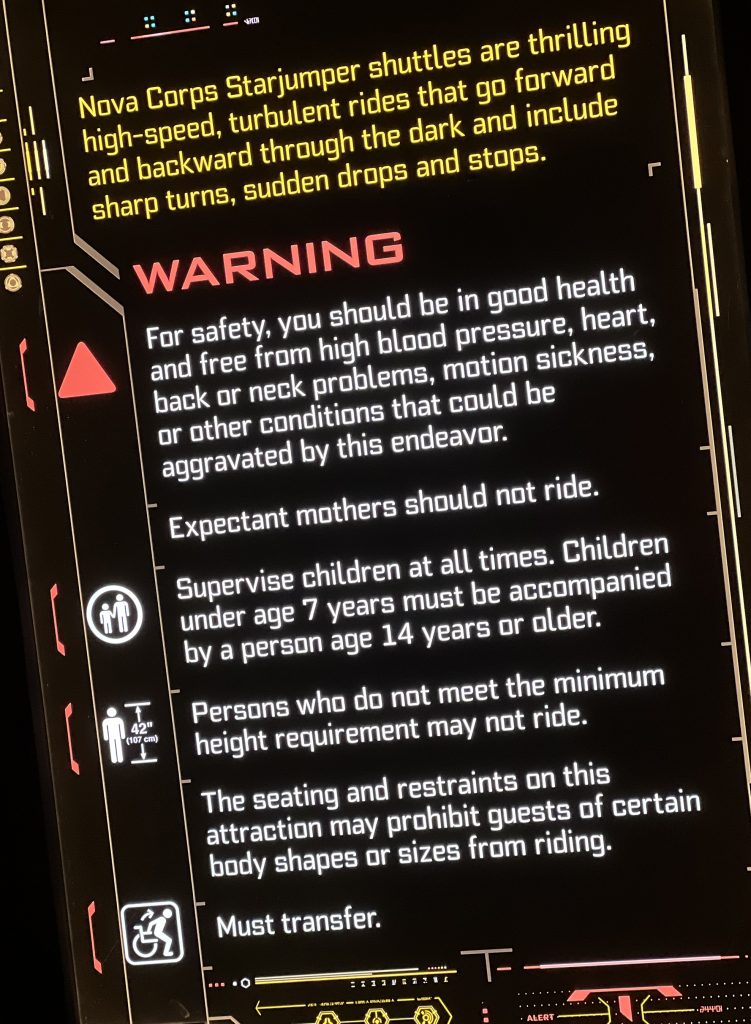 Next, Nova Prime welcomes us and explains that we will be transported to a ship to see a demonstration of the cosmic generator, a device that creates shortcuts through space and time.   Once we are transported to the ship – Eson, a celestial being (or ‘that really big man outside our ship’ as Drax describes him) steals the Cosmic Generator, jumps back in time and it’s up to us to follow him to save the galaxy.

Then get ready to board a unique vehicle that Disney Imagineering has dubbed the OmniCoaster.  This ride vehicle can rotate 360 degrees with exact precision.  Don’t let the height restriction of only 42 inches fool you.  I would describe the thrill level of this attraction somewhere between Space Mountain and Expedition Everest.


Speaking of thrill, the ride begins with a show scene before you blast off BACKWARDS on an intergalactic chase through space and time.  The ride vehicles move swiftly and smoothly, but they are relentless.  The thrill factor does not let up – for a full three minutes.   But what makes this experience so unique is not only the ride vehicle, it’s the use of music and banter among the Guardians.

While music on a roller coaster is not a first for Disney (I’m looking at you, Rock n’ Roller Coaster – Starring Aerosmith), the difference here is that the coaster twists and turns in time to the beat, allowing you to dance in your seat should you choose to do so.

“There are two types of being in the universe: those who dance, and those who do not.” – Drax the Destroyer

But let’s talk for a second about the music because tunes are very important to Star-Lord.   And even more important to the enjoyment of the overall experience.  The “Awesome Mix” of songs you may hear while racing across the galaxy include: 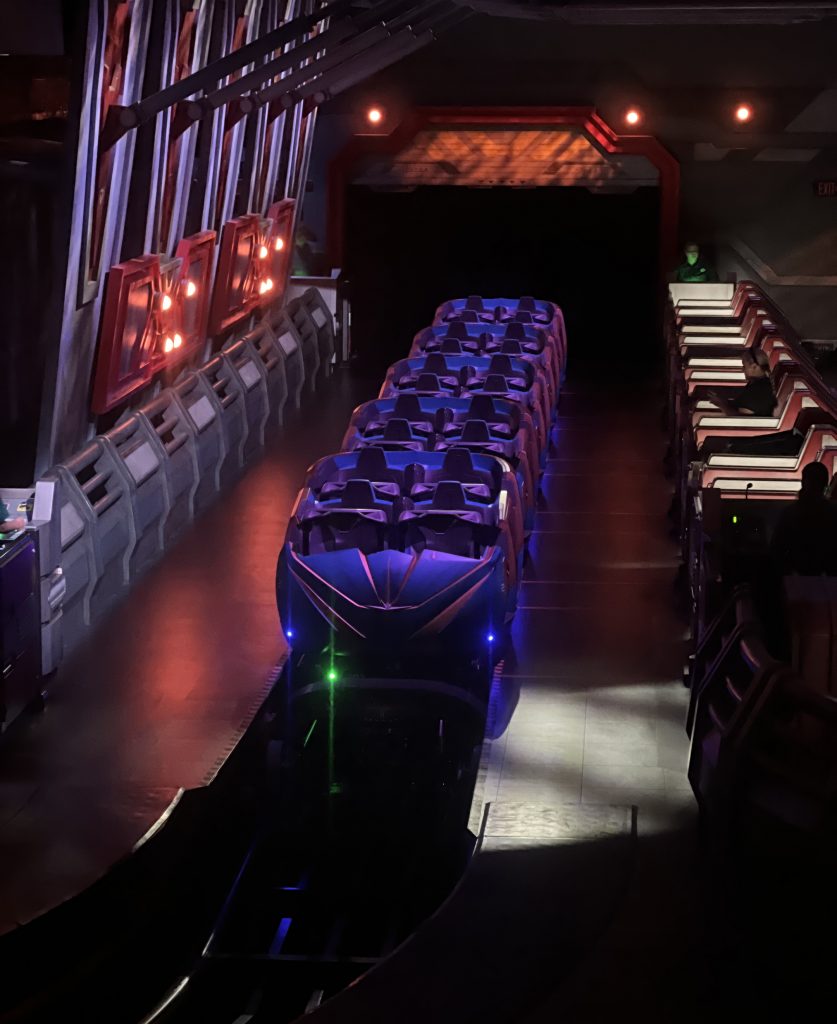 September – Earth, Wind & Fire
Disco Inferno – The Trammps
Conga – Gloria Estefan
Everybody Wants to Rule the World – Tears for Fears
I Ran – A Flock of Seagulls
One Way or Another – Blondie

I rode a total of six times.  I heard Disco Inferno, I Ran and both Everybody Wants to Rule the World and One Way or Another twice.  The latter song is currently my favourite track, but I’ll have to ride it just a few more times first to ensure I get to hear all six songs before making a final decision on that.

Disney imagineers tested out hundreds of tunes before opting for the final six listed above.  Quentin Tarantino once said that if you use a song in a movie right, the effect is you can never really hear the song again without thinking about that image from the movie.  I can tell you that the exact same rule applies here.  I’ve heard two of the songs above since I’ve returned, and I was not able to think of anything but saving the galaxy when I did.

Given that Peter only has a cassette tape to listen to music on, several other of his favourite tunes play in the exit area to help keep the excitement alive after you’ve just saved the galaxy and became honorary Guardians.

This attraction is going to be a MASSIVE hit for Marvel fans and thrill seekers alike.  Guardians of the Galaxy: Cosmic Rewind opens on May 27 only at EPCOT.

Contact Fairytale Dreams & Destinations to help the Guardians save the galaxy (again!)