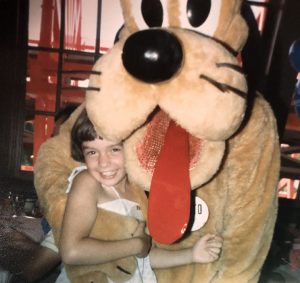 Teena made her way down the road from Walt Disney World Resort to Universal Orlando Resort for its grand opening in 1990 and has been having amazing trips ever since then. From Disney Cruise Line to Adventures by Disney, Teena has filled her life with Magic and Wonder (which just so happens to be the names of two of Disney’s ships)! 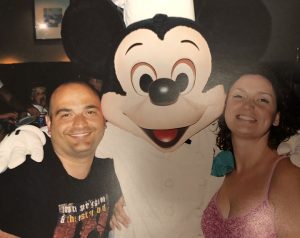 While it’s impossible to narrow down just one magical moment, Teena shared an incredible experience with her nieces and nephew during a trip to the Magic Kingdom. Upon arriving on Main Street, U.S.A., a Cast Member named Mark (Teena can still picture him years later) asked if this was the first trip for the children. When they were too shy to reply, Teena answered “Yes, this is their first time stepping foot in a Disney theme park”, Mark let the family know that he had a special surprise waiting and asked them to follow him. After hearing the kids say the magic words (Bibbidi Bobbidi Boo!), Cinderella appeared from behind a curtain and had a private meet and greet with the family. 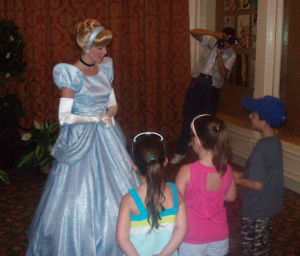 A fan of the classic rides, you can find Teena getting soaked at Splash Mountain, before taking the Monorail back to her favourite resort hotel, Disney’s Polynesian Village Resort (I’ll join you next time to stay at one the Bungalows). From the South Pacific to Rock ‘n’ Roll, Teena opts for the Hard Rock Hotel when she’s at Universal Orlando Resort – a 5 minute walk to Universal Studios Florida AND a pool that plays music underwater? You definitely feel like you’re getting the rockstar treatment! Did you know you can get your room key turned into a guitar pick at the end of your stay? Seriously cool.

At the end of a busy work day, Teena heads home to cuddle up with her beagles, Copper and Bellatrix while saving the universe in the TARDIS or slaying vampires with Buffy.

If you’re looking for someone to handle your vacation with care, confidence, and creativity – look no further than Christine!