Debby is not only our amazing Manager, but works hard as Vacation Specialist at Fairytale Dreams & Destinations™ Inc. as well.

Growing up, Debby always put a trip to Walt Disney World on the top of her birthday and Christmas wish list – but it wasn’t until 2012 that her wish came true. And it was because of that wonderful experience that Debby has continued to travel back to the Most Magical Place on Earth as an adult! 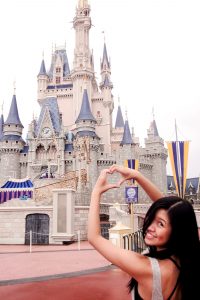 When travelling to Walt Disney World, Debby finds it impossible to pick between Disney’s Grand Floridian Resort & Spa, and Disney’s Animal Kingdom Lodge as her top choice (a split stay is a great way to do both)! Drinking your morning coffee watching giraffes from your balcony, or catching the fireworks over Magic Kingdom in the evening, both are hard to beat! One of Debby’s Magical Memories was dining with her husband at the spectacular waterfront restaurant Narcoosee’s, watching the Electrical Water Pageant and evening fireworks display over Magic Kingdom – so Disney’s Grand Floridian Resort & Spa may have a slight advantage!

Once she hits the parks, Debby is all about the thrill rides and roller coasters, the faster, the better!. At Walt Disney World, Rock ‘n’ Rollercoaster at Disney’s Hollywood Studios, Flight of Passage at Disney’s Animal Kingdom, and the fan-favourite Splash Mountain at Magic Kingdom makes a trip complete! If she follows Lightning McQueen down Route 66 to Disney’s California Adventure, she’s ready to drive at Radiator Springs Racers! It’s all about the fast-paced franchises at Universal Orlando; Harry Potter, the Fast and the Furious, Transformers, Shrek, and Jurassic Park, but she always makes time to take on He Who Must Not Be Named at Harry Potter and the Escape from Gringotts! 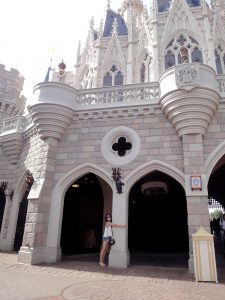 When Debby is not at work, she loves to plan her own future vacations – whether nearby, or across the ocean. And if she isn’t away on her own trip, she enjoys escaping with movie magic, and checking out a recent flick at the movie theatre. Never to shy away from a new restaurant, Debby also stays up to date with all the dining venues at both Disney and Universal destinations, and can’t wait to dine at Tiffins on her next getaway to Walt Disney World!

Make sure to get in touch with Debby for any questions about future Disney and Universal vacations.