MEN IN BLACK Alien Attack is located inside Universal Studios at the Universal Orlando Resort.  And after 20 years, it’s no wonder this ride has endured and remains one of the fan-favorites at the parks.  After all, who doesn’t love the idea of joining a secret agency that defends Earth and the universe from alien scum?  And with new MIB movies released over the years, the viral sensation of storming Area 51, and the recent confirmation of unidentified objects, it only continues to remain relevant. 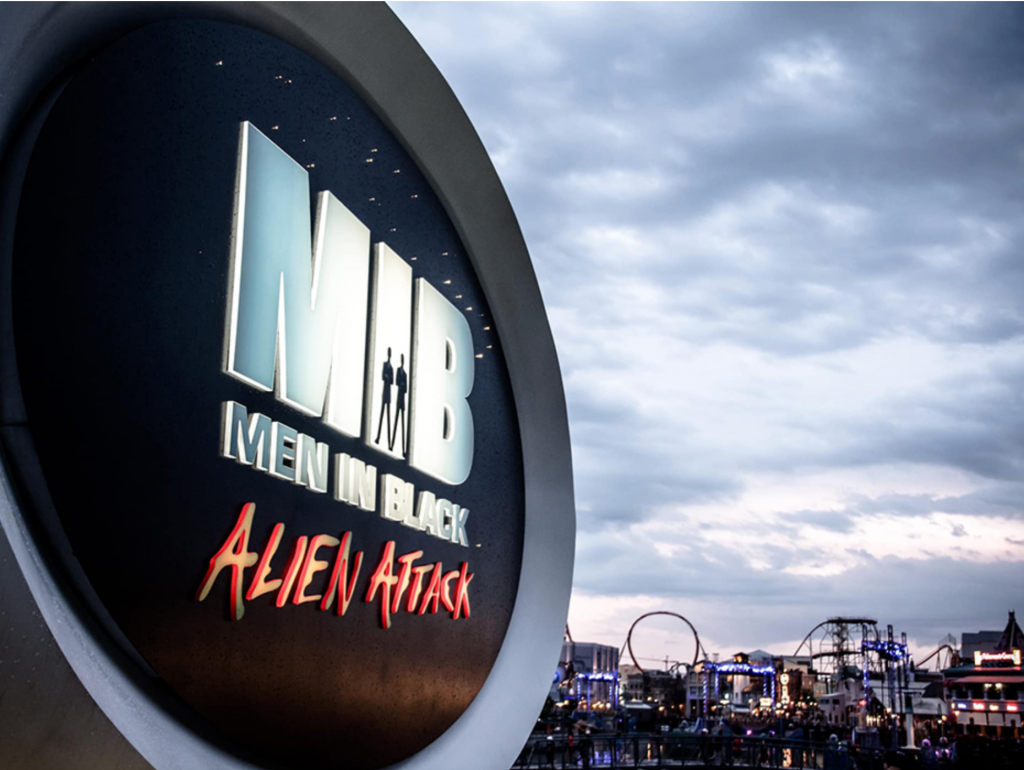 The first Men in Black film hit theaters in July 1997 with wild success.  It had the perfect formula; an incredible cast, great comedic and action-packed writing, and a storyline that hooked into the age-old question of does intelligent alien-life exist?   It was just begging to be made into a theme park ride, and who better to make that a reality than a destination that touted the tagline “Ride the Movies”?  When the ride opened in April 2000, it did so to a wave of fanfare.  It was the most ambitious for animatronics at Universal Orlando.

Once you board the ride and your training begins, you’re told that your help is needed with an alien invasion that has hit New York. It’s your job to zap those alien bugs and save planet Earth. The more aliens you defeat and the more points you get, the closer you are to earning your very own MIB suit.  This interactive element hooks into the competitive nature in all of us and provides a huge repeatability factor largely because Guests wish to beat their own previous score.  But no matter what you do, don’t push that red button! 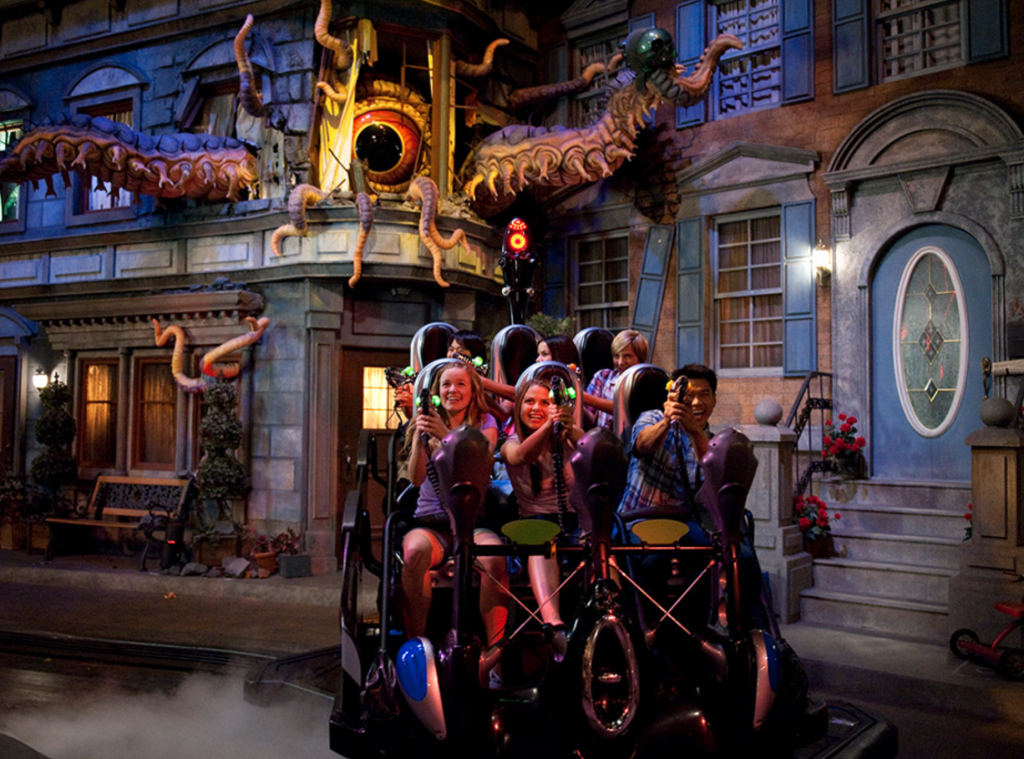 So, here’s to many more years of competitive banter, zapping bugs, saving the universe on a daily basis, and forever earning the last suit you’ll ever wear.  The good guys dress in black, remember that.