Star Wars: Galactic Starcruiser at Walt Disney World Resort in Florida will take you to a galaxy far, far away for an all-immersive, two-night vacation experience that goes beyond anything Disney has ever created before. What exactly does “all-immersive” mean? Well, in honour of Revenge of the 5th, here’s a little hint … 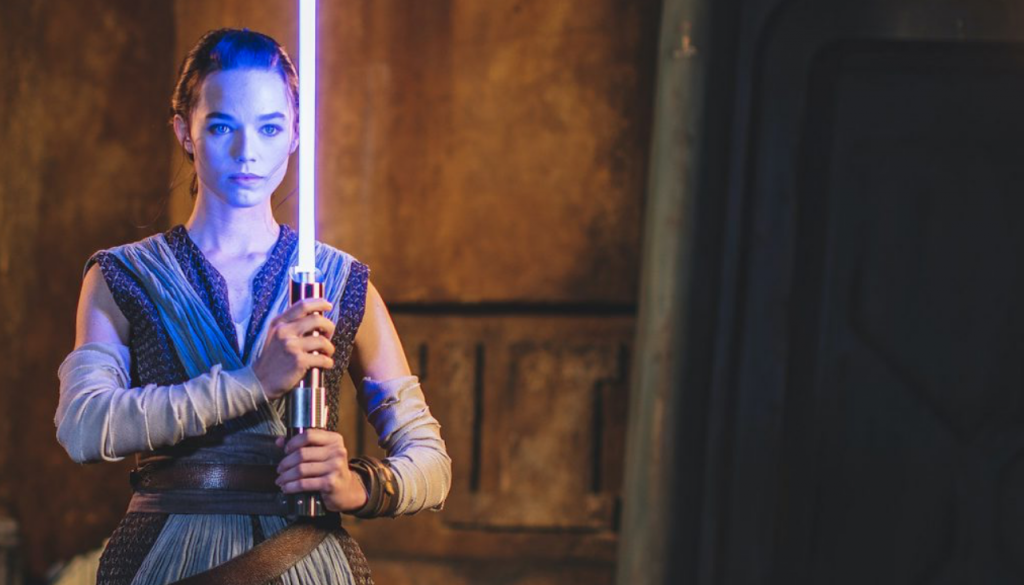 Yes, that’s a new type of lightsaber Rey is holding in her hand, created by Walt Disney Imagineering Research and Development. Those who experience Star Wars: Galactic Starcruiser will be the first to see it in action – along with so much more – starting in 2022 when this amazing new two-night adventure debuts. When you watch that lightsaber activate right before your eyes it will be just one of the countless ways that, from the moment you arrive to the moment you depart, you’ll be plunged into a Star Wars story where your decisions and actions – or even the casual conversations you may have – determine how your personal journey unfolds. 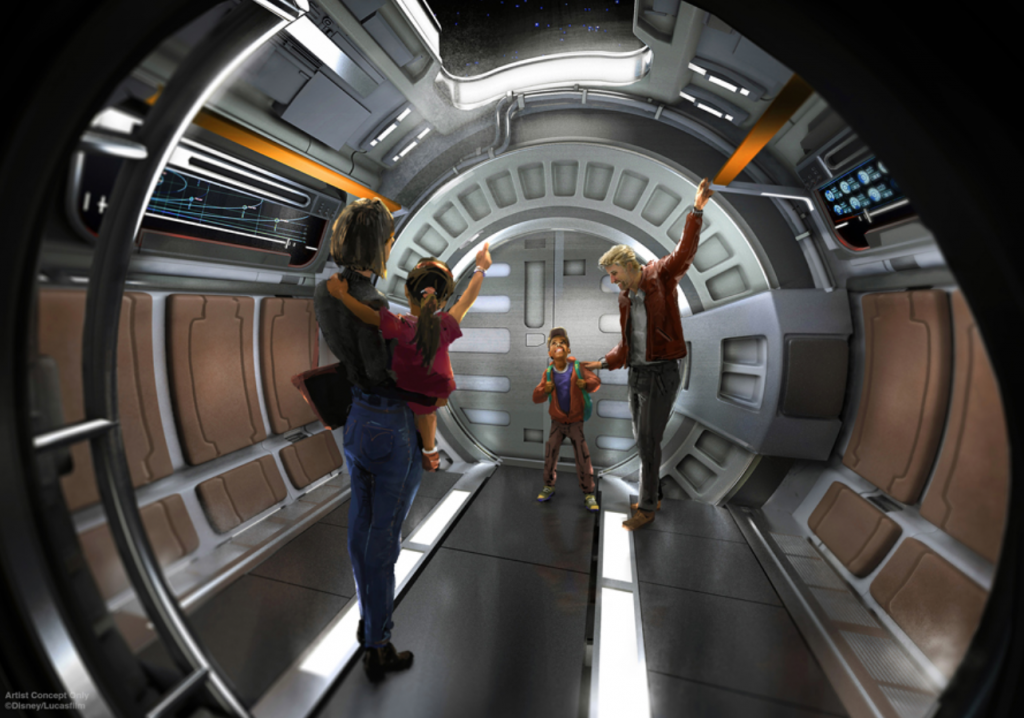 Your adventure begins at the Star Wars: Galactic Starcruiser terminal at Walt Disney World, where you will gather with fellow passengers before departing for their intergalactic destination. You will soon enter a special Launch Pod and leave your world behind as you make a hyperspace jump to a galaxy far, far away.

Watch through viewports as you approach the massive and magnificent Halcyon starcruiser, which will be your home for the next two nights.  When the Launch Pod’s airlock slides open, you’ll take your first step into a galaxy far, far away as Star Wars: Galactic Starcruiser comes to life all around you. During your stay aboard this glamorous ship, you may interact with an eclectic group of characters both familiar and new, possibly including the starcruiser’s strong and charismatic captain, a plucky ship’s mechanic and a galactic superstar who can captivate an entire room with the crook of one jewel-encrusted purple Twi’lek finger. 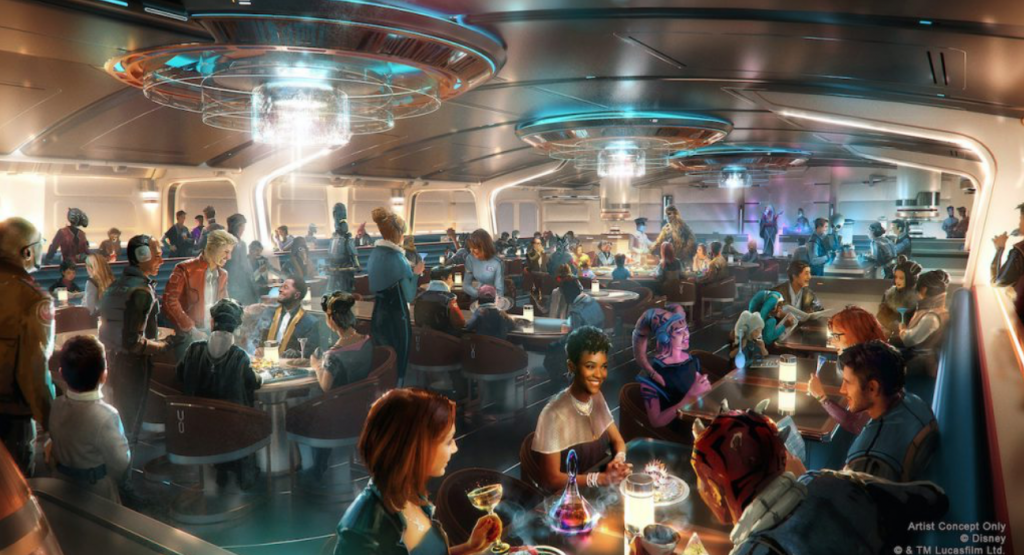 This singing sensation will be a featured performer during one of the exquisite dining experiences inside the Crown of Corellia Dining Room, which you can see in this artist concept rendering (pictured, right). The enticing supper club’s name is an homage to Corellia, the planet known galaxy-wide for its shipyards that gave us not only the Halcyon starcruiser, but also the Millennium Falcon. The dining room is a bright and welcoming hall that will offer breakfast and lunch to passengers before transitioning each evening into a lavish multi-course menu of both otherworldly and familiar origins.

As the journey continues, you will have the opportunity to train in the ancient ways of the lightsaber, learn more about the inner workings of the Halcyon starcruiser and even jump on a transport to the planet Batuu to further your adventure inside Star Wars: Galaxy’s Edge. This isn’t storytelling – it’s storyliving, where you will see, feel and live Star Wars in a whole new way.

Contact Fairytale Dreams & Destinations™ Inc. when you’re ready to use the Force!