Pandora – The World of Avatar

Pandora – The World of Avatar 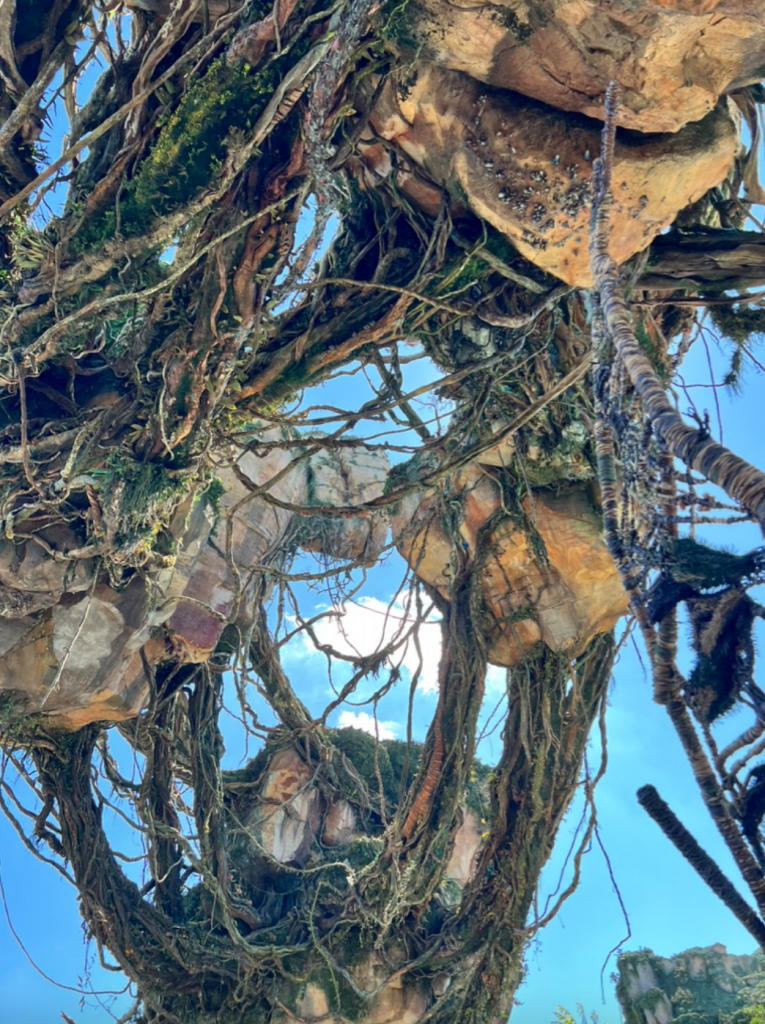 After 13 long years, the sequel to the record-breaking movie; Avatar is finally here. Avatar – The Way of Water will be released in theatres this week. The release of this sequel allowed me to reflect on Pandora – The World of Avatar found inside Disney’s Animal Kingdom Theme Park.

Avatar tells the story of a paraplegic marine who travels to the moon of Pandora on a unique mission and becomes torn between following his orders and protecting the world he feels is his home. Or so reads the IMDB description of the film. But for me, Avatar is best described at almost three hours of my life I’ll never get back.

So, I was not overly excited when I heard that the Walt Disney World Resort was going to build a brand-new land inside Disney’s Animal Kingdom Theme Park inspired by the movie of the same name.   The Disney theme parks are an extension of their feature films. So mostly, I didn’t understand the connection between Avatar and the Walt Disney World Theme Park’s brilliant storytelling.

Over my years of selling Disney Destinations, I’ve seen new lands in theme parks come to life and new ships sail the seas. And I am always absolutely blown away with how Disney brings so many amazing stories to life. But what exactly would we experience on an Avatar attraction – singing blue cats? 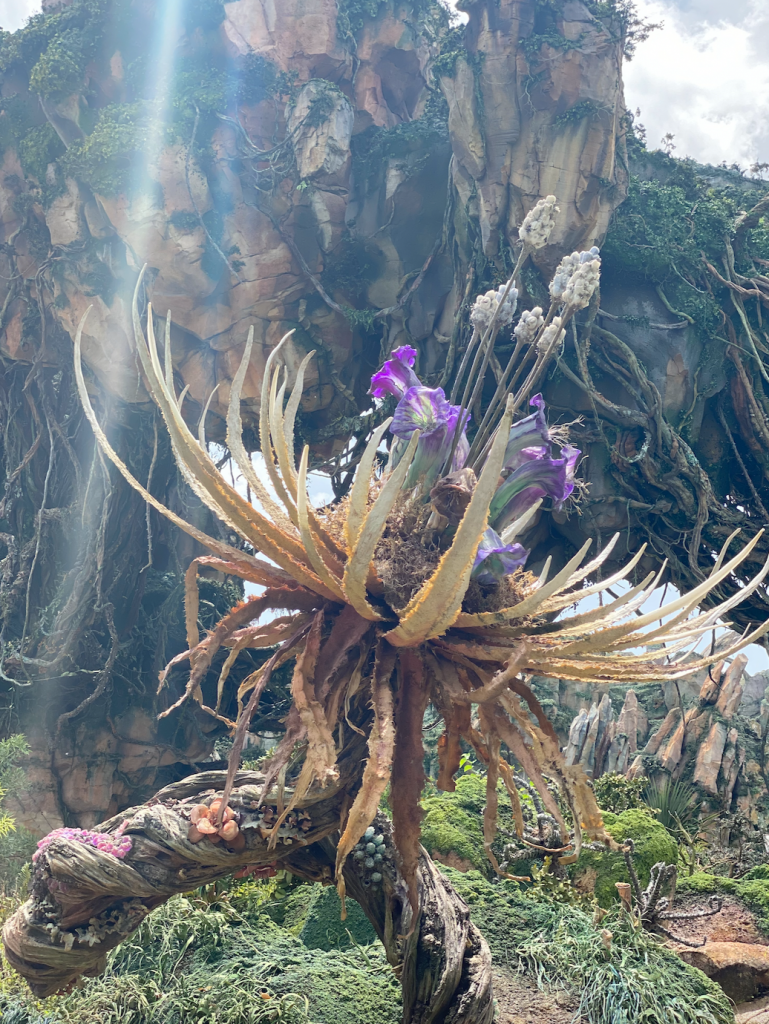 But I learned that instead of including characters or basing the land on existing plotlines from the movie, the emphasis would be on issues such as conservation. The focus on the environmental message, makes the land a standalone experience from the film. So, the connection between the two is absolute perfection.

When you cross the bridge into the Valley or Mo’ara – you enter the World of Pandora. With native plants, floating mountains and a nighttime bioluminescence forest, this land is pretty and so very peaceful.

The first attraction situated in Pandora; Na’vi River Journey is a dark boat ride through the Kapsavean River, showcasing the native fauna and flora of Pandora. It’s a very nice ‘break from the sun’ dark ride style attraction that is appropriate for all ages. And there is nothing wrong with Na’vi River Journey – but without a doubt – the absolute showstopper here is Avatar Flight of Passage.

The motorcycle riding position makes you feel much more like you’re a part of the action. Additionally, your individual seat leans from side to side. The row of seats you are seated in tilt back and forth. And the three rows of stacked seats move together vertically. It’s this vertical motion that really sets Flight of Passage apart from other simulators, as the vertical drop sensation allows you to believe you are diving off of a cliff.

Your view of the film feels entirely different, depending on where your attraction vehicle is located. And the film is BEAUTIFUL. The use of colours and story create a sense of calm and excitement all at the same time. I expected to be impressed, but I didn’t expect to feel a mist when my I flew near a wave. And I most certainly did not expect to feel the living banshee breathing between my knees. 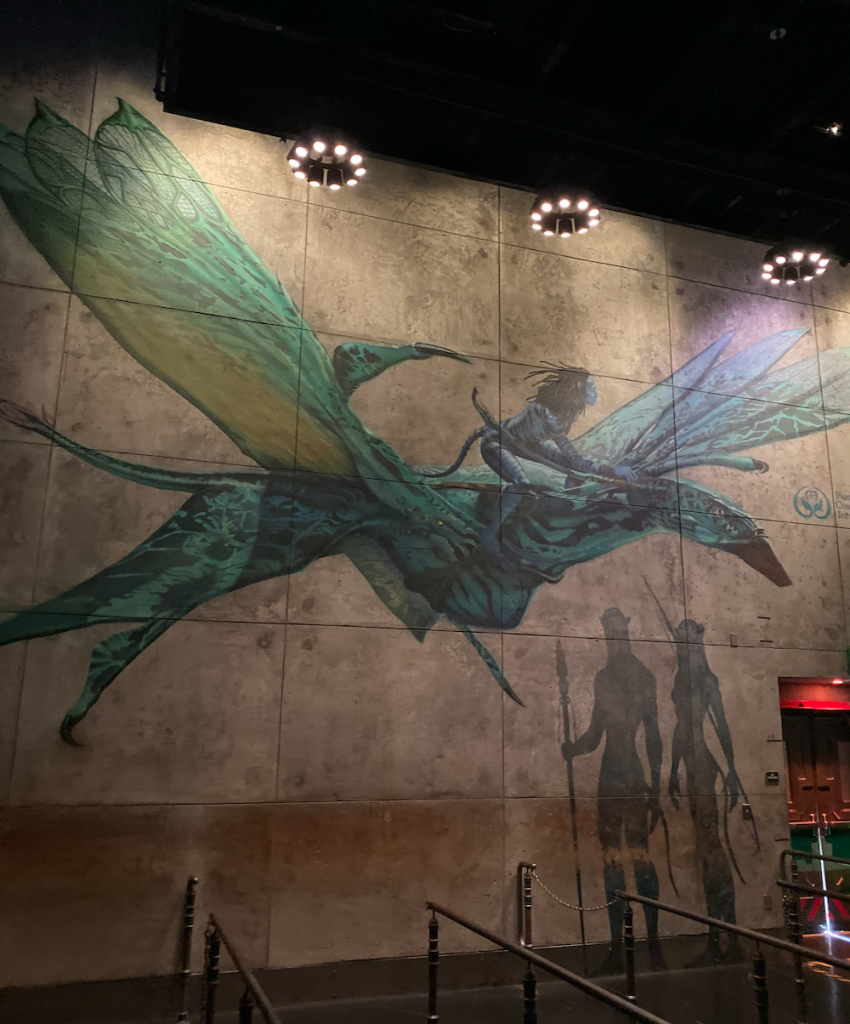 I’ve had the pleasure of experiencing this attraction with die-hard fans of the movie. They certainly enjoyed the details in the queue (and understood their reference) far more than I ever could. But there is absolutely no way that they could have enjoyed the attraction itself any more than I did. And that’s because Flight of Passage is an attraction for everyone – those who have never seen, like, love or (such as my case) hate Avatar.

Avatar – Flight of Passage is one of only a very small handful of attractions that I will wait over an hour for and won’t complain about doing so. Not only is this unique attraction worth such a lengthy wait, but the actual ride time is about 4.5 minutes, so much longer than the average. The only complaint I have about the attraction is that it’s just not long enough. Every time I experience Avatar – Flight of Passage, I never want it to end.

Rumour has it that James Cameron wishes to bring new film elements to Flight of Passage to include Avatar: The Way of Water, along with future installments in the franchise. While I know I won’t be lining up to see any of the sequential movies, I do know that I’ll be lining up to experience the attraction – over and over again.