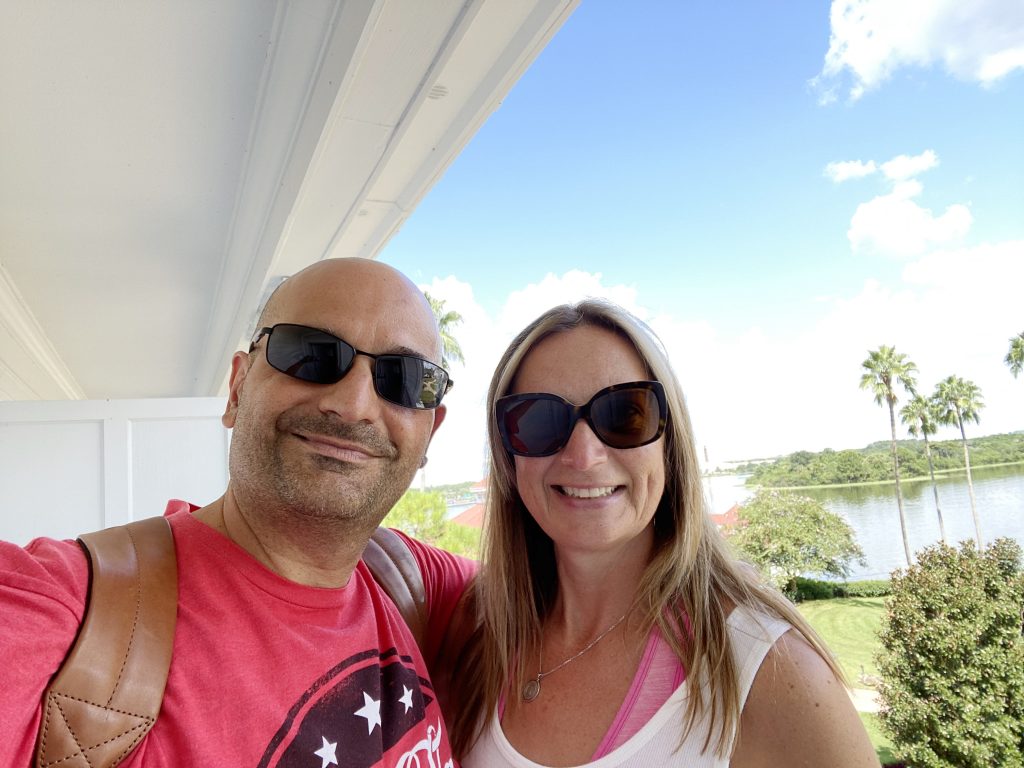 For the first time in forever, I returned to The Walt Disney World Resort in Florida.  More specifically, I returned for the first time since the COVID-19 pandemic began.  When the Disney Parks opened back up with strict safety measures in place just a few months after COVID reared its ugly head, I claimed “there is no way I’m going to Walt Disney World wearing a mask.” I think back on that statement, and I can’t get over how very wrong I was.

Never in my wildest dreams did I think we would still be dealing with COVID, 17 months (and counting) after the fact.  And the reality is we still may have years to deal with it.  So, when I was offered the opportunity to visit the Walt Disney World Resort now, I jumped at the chance.  Given my line of work, I normally visit a Disney Destination three to four times per calendar year.   So, almost two years was far too long, and I was willing to follow the rules that were so very foreign to me last summer for the chance to re-visit and embrace the magic of Disney.  Mandatory indoor masks unless I’m actively eating or drinking?  OK!  No character hugs, although selfies are allowed?  SURE!  No self-serve buffet restaurants, but family style dining instead?  SIGN. ME. UP! 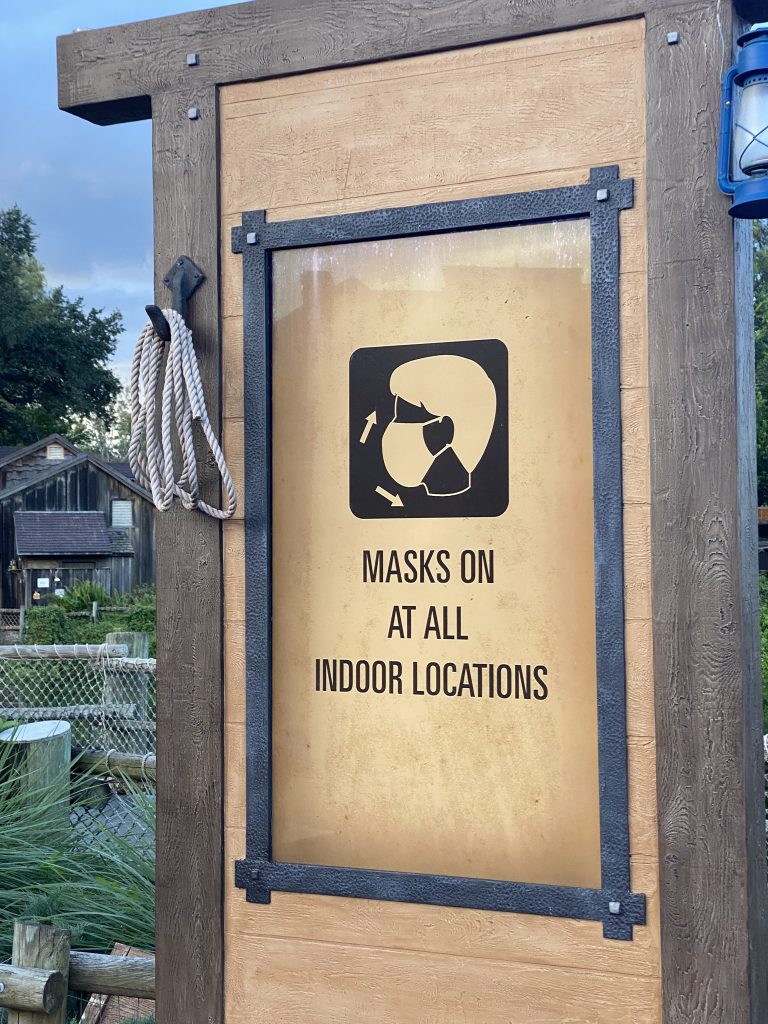 I’ve always known that the state of Florida and the Walt Disney World Resort are not the same thing, nor do they follow the same rules.  But the fact that Walt Disney World it its very own entity has never been so clear to me as it was last week.

Guest safety always has been and always will be the number one priority of any Disney Destination, but I wasn’t sure what to expect or how safe I would feel.   About a week prior to my visit, I attended a Toronto Blue Jays baseball game.  My thinking was that the 15,000 tickets they sold for a venue that normally holds 50,000 would be spread out, but that was not at all the case.  I was seated beside people I didn’t know, who weren’t wearing masks, drinking beer and shouting at the umpires.  Which is fair because it’s a baseball game.  But I was still safer here than crossing the border, wasn’t I?  At least that’s what we have been led to believe.  As a result, I wasn’t expecting to feel safer in The Walt Disney World “bubble” then at The Sky Dome – sorry, I’m old – Rogers Centre, but I absolutely did.

The difference is that at Walt Disney World, the rules are both respected and enforced.  There is no such thing as mask exceptions.  If you can’t wear a mask, Disney’s response is ‘now is not the time for you to visit our theme parks’.  So, you won’t see masks hanging under anyone’s nose on the monorail, nor will you see anyone arguing about having to put a mask on like I witness all too often at my local grocery store. 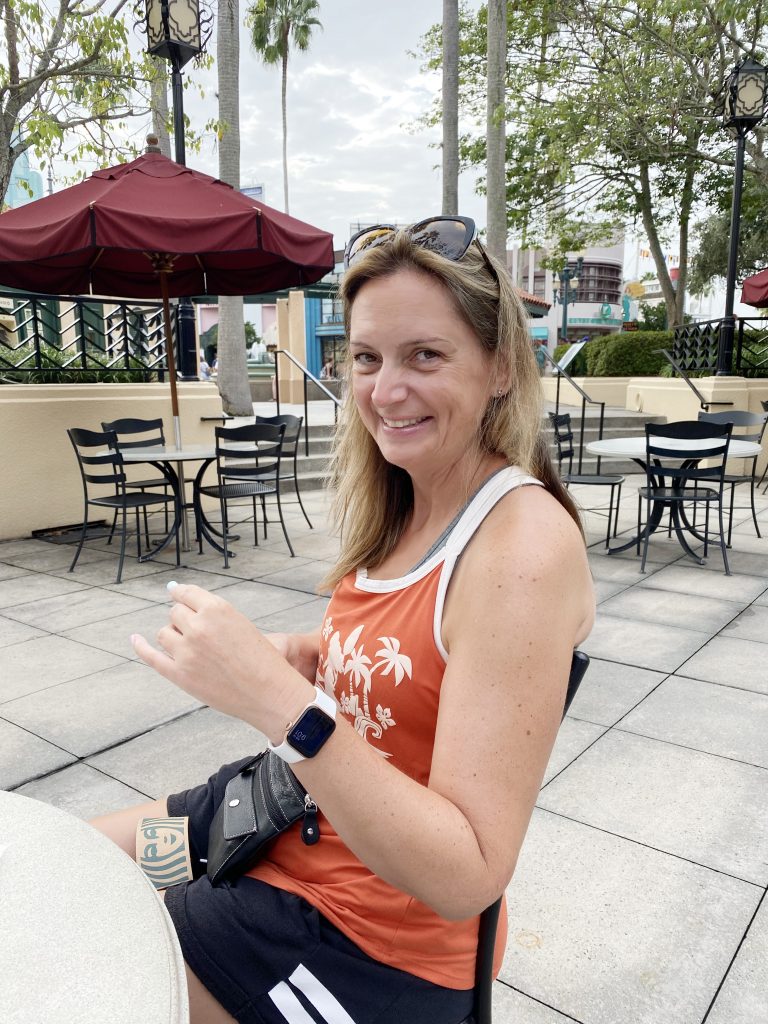 Cleaning and sanitation at Walt Disney World always went above and beyond what I experience at a hotel, amusement park or similar on a regular day.  So impressed by the cleanliness during these times was not surprising.  Cast Members (Disney lingo for employees) were constantly wiping down high touch services, always had hand sanitizer on hand and housekeeping left our room for us in pristine condition, complete with sterilizing our remote control before being plastic wrapped.

I wanted to write about that picture perfect moment how on the first day, I walked into the Magic Kingdom, stood in the middle of Main Street, staring at the newly decorated Cinderella Castle and broke down and cried.  But that would be a lie.  The truth is, I got teary eyed when my plane lifted from the ground in Toronto, when we landed in Orlando, on Disney’s Magical Express, when we passed under the ‘welcome to Walt Disney World’ sign and then I finally broke down as soon as I stepped foot into the lobby of Disney’s Grand Floridian Resort & Spa.

Cinderella Castle itself was a sight for sore eyes.  Like so many, the past 17 months have been tough.  The castle represented normalcy and a reminder that things are beginning to get so much better. 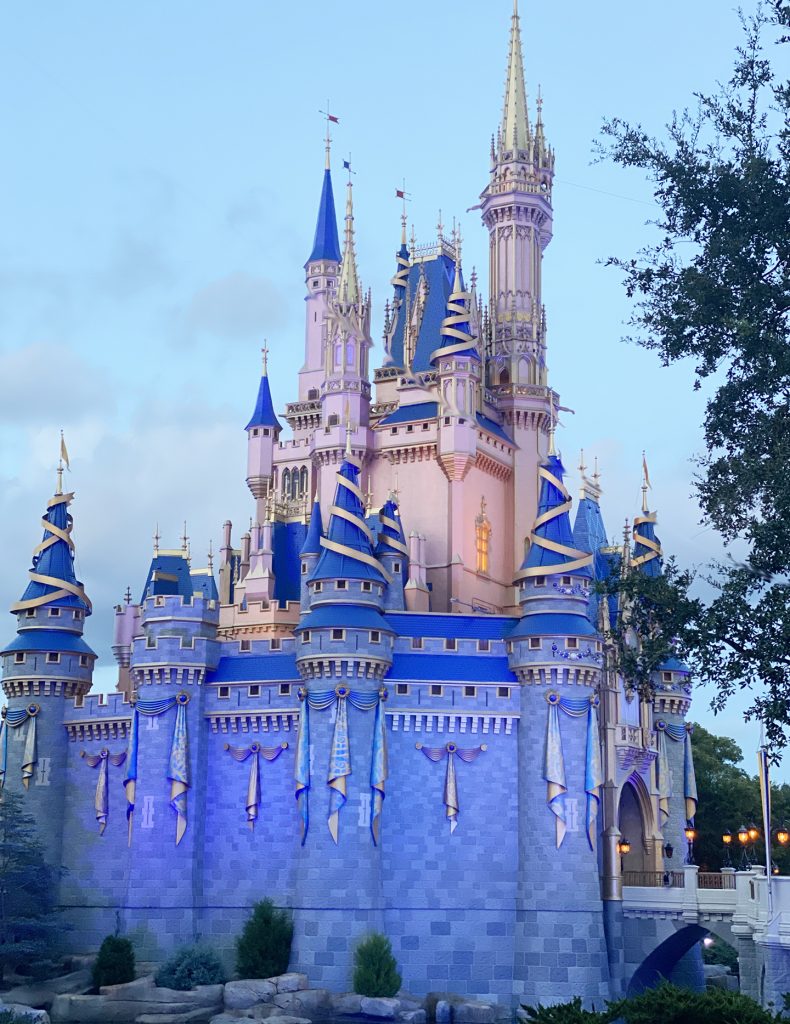 Without a doubt, the very best part of my visit was that it had the ability to take me away from the real world, allowed me to forget, enjoy and have fun – even for just a little while.   I will be back, as I can’t wait for another dose of the magic.  Only this time I know it won’t be nearly two years before I do so.

So, if you’re thinking of taking back the magic, I’m here to tell you that you won’t regret it.  The red head is still hanging out with the pirates, Mr. Tom Morrow has yet to answer his page and there is still room for one more happy haunt.

A Walt Disney World Vacation during COVID may force us to wear masks or keep us from hugging Elsa.  But the one thing it can’t take away is the magic.  It hasn’t gone anywhere.  In fact, I would argue that the magic is more predominant than ever.