It was some point in late February that I had heard about Coronavirus.  I work in travel, so I was aware that there were some cases, but I have been working in the travel industry since late 2001.  How could this COVID thing possibly be any different than H1N1 or Zika virus?

In what felt like the blink of an eye, things started to spiral out of control all too quickly.  It was the week before March break here in Ontario. Guests began calling our office because their cruise sailing out of Florida had been cancelled due to COVID, and they were in a panic to book a vacation to match their flights for the next week. They were hoping to vacation at the Walt Disney World Resort instead.

On March 9th I received an email that the scheduled first leg of the Pearl Jam/Gigaton tour, which I had tickets to see on March 18th, would need to be postponed.  Apparently COVID cases were rising in the United States and the band felt that cancelling their tour was the smart and safe thing to do.

Then on March 11th , the NBA announced a postponement of the remainder of their season after a player on the Utah Jazz tested positive for the Coronavirus.

The very next day, the NHL announced the pause of the 2019-20 regular season in light of this news.  Most notably, given that the leagues share so many facilities and locker rooms, it was the safest thing to do. 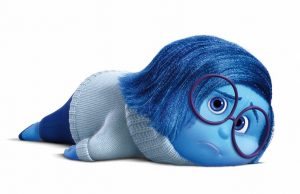 I was just heading out of the office for the day, when things were about to turn upside down for our industry.  The Disneyland Resort in California announced it was closing its doors.  Later that evening, Disney Cruise Line announced a suspension on all sailings and the Walt Disney World Resort was closing their doors beginning on Monday, March 16th.  Only three days from now.

We often have hectic times at Fairytale Dreams & Destinations, most notably when a hurricane is threatening the state of Florida or if an attractive promotion is offered by the Walt Disney Travel Company.  This meant that our team of Vacation Specialists was well prepared for the task of spending every waking hour cancelling, changing, and re-scheduling numerous vacations for many months to come.

What we weren’t prepared for was the disappointment and tears.  The very best part of our job is hearing from Guests after they return from their vacations, sharing their happy tears, favourite moments, and unforgettable experiences; hearing how the magic of Disney was more than they could have ever imagined it would be. We now know that the absolute worst part of our profession is hearing and feeling the disappointment in the voices and emails of SO many families.

After all, vacations aren’t only about fun and relaxation.  They are an escape from work and school. Sometimes, they are for celebrating a very special milestone in life, or in memory of a loved one.  If you have never been, I’m here to tell you that a Walt Disney World vacation truly is magical and it somehow can take us away from everything…if only for a little while.

It’s been a tough year for all of us, as the world has changed before our eyes, just in the way we live, who we interact with, how we go to the grocery store, and of course, the way we travel.  We know not everyone is ready to hop on a plane to visit a theme park right now and that’s okay.  When the time is right for your family to venture out again, we’ll be here, ready and excited to help you take back the magic. 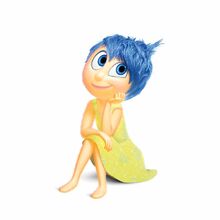